You are here: Home / TRAINING OF PERSONNEL 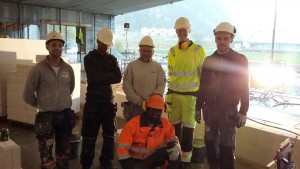 Week 42, 2017 we had the pleasure of getting visitors from VG1 Bygg- og anleggsteknikk in Sauda vgs. (Vocational School) 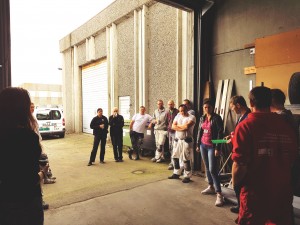 In 2017 we had a scaffolding user course for all employees.

In september 2015 we had to people at a course in training for work and regulations for wet rooms. 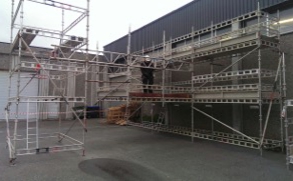 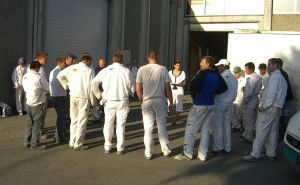 In 2014 there were three persons from NST Byggservice as who passed the theoretical examination in Painting.

NST Byggservice as had one person on a course in energy efficiency of homes. 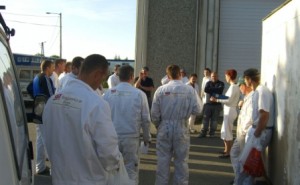 In 2013 we had personell from NST Byggservice as on a course in training for work and regulations for wet rooms module a, as well as a refresher course.

We also had personell on a course in flooring module 1, by Tarkett/Schønox/Cassco/IBG.

One person were also at Fire Safety Enginering for the Construction Industry at HSH. 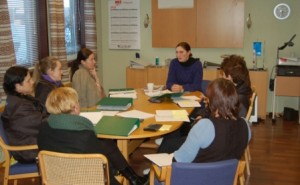 We also had personnel from NST Byggservice as at a course in training for work and regulations for wet rooms in construction.

We also had personell from management at course in Public Procurement, and one person attended a training course in NS 476 Frosio (Inspection of Surface Protection work). 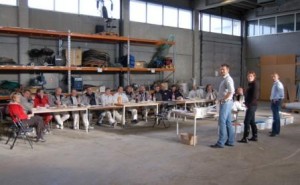 In March 2009 we had Flugger visiting us for an update on their products for employees in NST Byggservice as.

In 2008 NST Group had approximately 25 persons at “Manlift course” which was held by HED Karmøy as.

In addition to this we had some persons at “Forklift course” also held by HED Karmøy as.

We also had an internal gathering where one of our main suppliers Farvemiljø Nord arranged an upgrade of products and equipment from Jordan, J.S.Cock as og Schønox. 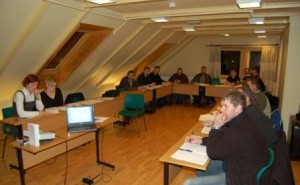 In december 2007 NST Group in Norway had ap. 20 persons at a internal Scaffolding Course to satisfy demands according to “AML” § 46C (former § 13).
Instructor was Sigbjørn karlsen fra ASC/StatoilHydro.

At fall 2007 we held an internal training session in routines, regulations, work methodes, HES, etc.The training was closed up with a dinner at Hotel Maritim in Haugesund.

Further on we have had personnel at courses within forklift driving, floor laying materials hel by Ardex Norway in 2007. 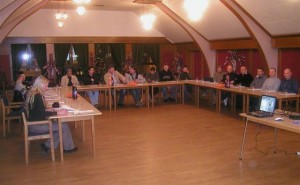 Together with Jotun Decorative there has been held courses in materials for staff working in NST Byggservice as.

Earlier we also had a manlift course for about 35 of our employees.